A look at STEM Inclusion and Diversity 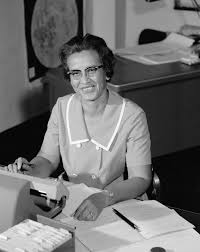 A look at STEM Inclusion and Diversity, a personal blog by Louise Keogh

So, in this day and age do we really need an International Women’s Day? Until we have a world where each woman and girl can exercise her freedom to choose how she wants to live and participate in society and is treated equally in doing so, then the answer is a big fat Yes!

The Guardian recently reported that women in the UK effectively work for free for more than two months a year because of the country’s gender pay gap. We obviously still have a lot more work to do. Working at nuron, I am lucky to be part of a team that truly believes and actively supports inclusion, equality and diversity. In the STEM fields, it has been an uphill struggle to get to this point and I want to take this opportunity to talk about some of the amazing and inspiring women in STEM, who have paved the way for the rest of us.

Firstly, and very proudly let’s look to my home country. Alice Perry was the first woman in Ireland, or Great Britain to graduate with a degree in engineering. She graduated with a first class honours degree in Civil Engineering from Queen’s College Galway (now NUI, Galway) in 1906.

The three inspiring women I am now about to mention are truly remarkable, and shamefully I did not know their names until I watched the must see film ‘Hidden Figures’. These three amazing women, not only overcame gender inequality but also racial discrimination in NASA during the space race of 1960’s.

Katherine Goble a brilliant mathematician at NASA who calculated flight trajectories for Project Mercury and other missions.Shown in the image above.

Mary Jackson a brilliant NASA engineer who consistently had to overcome changing, almost impossible and completely unnecessary barriers to get her qualifications; and

Dorothy Vaughan another brilliant mathematician who was supervisor at NASA of the ‘human computers’, who made sure she and her team were ready for the IBM processing power.

It is upsetting that every single little girl, does not know about these women and I can only hope that the film has given a new generation of little girls the belief and determination that they can absolutely do anything they want to irrespective of gender or race.

Self-believe, determination, choice and supporting each other, are the lessons that I take from these amazing and inspiring women. I look forward to passing these lessons down to the next generation of girls that will carve out careers in the STEM fields. I am lucky enough through the mentoring and ambassador work I do through nuron that I get that opportunity.